This post is in sponsored by Disney on Ice; however, all thoughts and opinions expressed are my own.

My son Avery just turned 2 years old last month and ever since he was about 18 months old he was obsessed with Mickey Mouse. We watch Mickey Mouse Clubhouse every single day and he owns about 3 Mickey Mouse plushes. One of them is the size of my son! 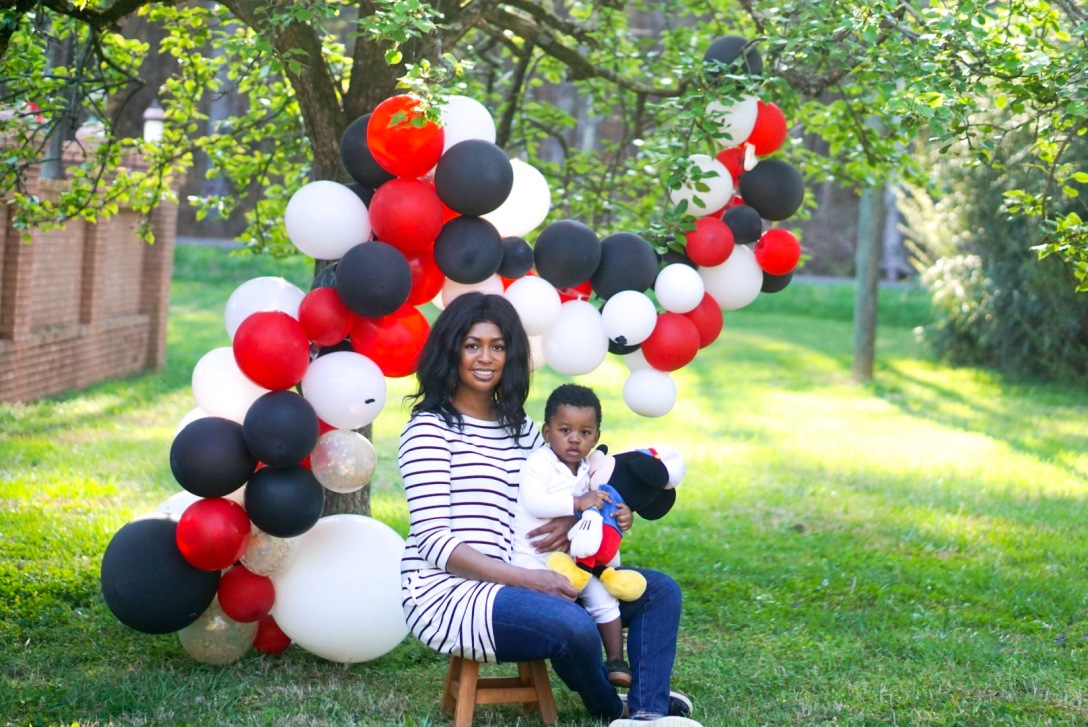 I have officially and unintentionally become a #DisneyMom/Mousekeeter.

Although super cool, it wasn’t planned at all. I didn’t put Disney in his face, it was a decision that he somehow made on his own.

I remember visiting a little girls birthday party and Minnie Mouse made an appearance and Avery, who I thought would be scared of someone dressed up as a character, was in love with Minnie. He even tried to go out the front door with her as she left the party.

I should have known then that he loved Mickey. But I didn’t. It wasn’t until we were in Walmart, doing some quick grocery shopping, that Avery started yelling “Mickey, Mickey” out of what seemed like nowhere. We weren’t on the toy aisle after all. We were in the frozen foods section.

I looked around and around and I didn’t see anything with Mickey on it. I couldn’t find the source of his excitement so naturally, I headed towards the toy section. I wanted to see if he really knew who Mickey Mouse was and if he could identify him on sight.

We went to the toy aisle and as soon as Avery saw Mickey Mouse he lit up with excitement. He began chanting “Mickey Mouse, Mickey Mouse” over and over with great delight. I handed him a large plush Mickey Mouse and he had the biggest grin on his face. I knew then that I had to purchase the Mickey.

We drove home and for weeks I watched Avery try to feed Mickey when it was breakfast time and try to brush his teeth at bedtime as he brushed his own teeth. It seemed like he thought Mickey was real, like a best friend sort of.

From there, Avery and Mickey were inseparable. Avery wouldn’t go anywhere without Mickey and I found myself throwing Mickey in the washing machine a lot. When Avery was sleep and unaware of course.

Months went by and it became clear that this was not a temporary love affair. This seemed pretty serious. Then I heard that Disney on Ice was coming to the Atlanta area and I knew that I had to have tickets.

Disney on Ice was a close as we were getting to seeing Mickey Mouse and the Disney Cast up close and personal outside of going straight to Disney World – which was a bigger investment that I was prepared for.

The day of the show arrived and we get dressed all up in our favorite Mickey swag. I didn’t dare tell Avery where we were headed, I wanted him to be surprised. Also, keep in mind that he’s only 2 years old.

We arrived at the Infinite Energy Center to see the Disney on Ice show and Avery was so excited. His little eyes lit up when he saw Mickey on the ice. Some of his other favorites characters like Goofy, Donald Duck, and Minnie Mouse were in the same act.

Then each Disney princess had their own set where they told their stories through song and dance. It was a beautiful show! It reminded me of the Winter Olympics meets Disney. The costumes were fabulous, there were (indoor) fireworks, and it felt like one huge party!

Avery was so excited by the show and actually cried when it ended. I think he wanted to go home with Mickey Mouse instead of me.

I say all this to say that if your little ones are as Disney obsessed as mine is, they will LOVE the Disney on Ice show. It’s a great introduction to all of the characters and definitely gets their palate wet for other Disney productions in the future.

So if you’re looking for a fun, family-friendly, and affordable way for your little ones to see Mickey Mouse, Minnie Mouse, or any of the Disney characters or princess’ in the flesh, Disney on Ice is totally for you!

I was seriously trying to put off visiting Disney World until Avery was much older but after getting my feet wet with Disney on Ice, I’m already planning our visit to Disney World!